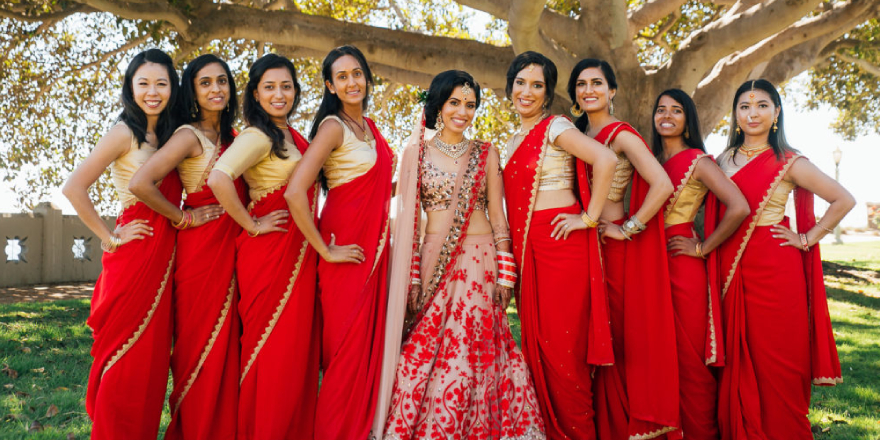 You must have seen the best friend of the bride running around nervously to check with all of the arrangements and programmes, making sure all goes well for her bestie! It is often the sisters who are the besties of the bride but now we have a whole new term to identify them with and they shall be called “Bridesmaids” (circle of life theme playing in the backdrop!).

Make way for the soldiers of the brides’ army

Preparing to be the bridesmaid requires rigorous training as expected with a soldier in the army! Being the support to the bride, throughout the jitters requires some patience, as well as a lot of energy. Rest as and when needed so that the (s)hero could be everywhere at the same time.

Being the emotional support pillow for the bride, to walk her through the transition of a lady to wife requires perseverance, and perseverance needs good food and water for the bride of course, and then to the bridesmaid herself! In case of emotional breakdowns or for any other cause, a last minute touch up would be ineluctable. Keeping a handy kit of make-up quintessentials would be a very wise decision.

While keeping hopes high, it is always best to realize that it is an Indian wedding, in India and where many people come together, there is always room for CHAOS! Preparing for worst case scenarios with ample contingency plans, and a never give up attitude is one strong suit expected in a bridesmaid.

The bridesmaid team should be having a theme and a uniform to go with. Colourful sarees and dazzling accompaniments are mandatory to be the center of attraction on the big day! Depending on the audience and location, the theme may be opted. For example, a peacock themed saree would suit a south Indian wedding, whereas a chiffon mirror work saree would most fit perfectly in a north Indian wedding.

While playing the backstage puppeteer all along, the bridesmaid has another role to play. To plan a dance routine welcoming the bride, groom and spreading the energy to everyone present! A well choreographed dance number should hit the hearts of the bride and groom, as well as the like buttons as it goes viral maybe!

Well keeping it all in mind, just take the plunge fingers crossed. Maybe you are the best thing that has happened to bridesmaid-ing after all!