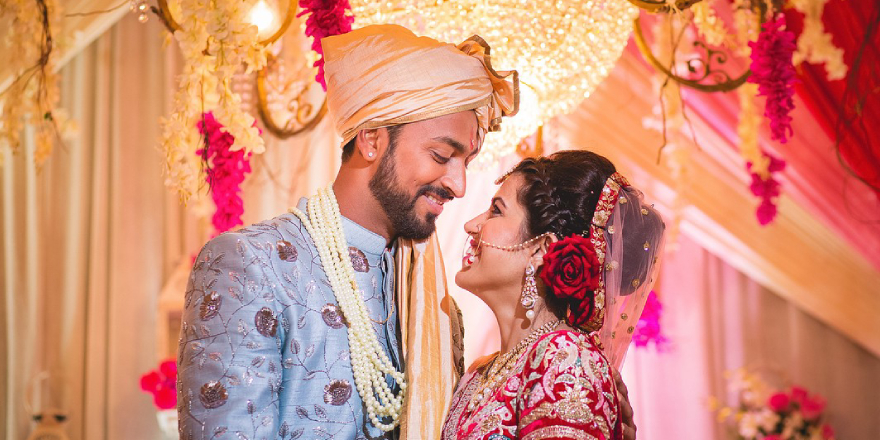 Bride and Groom all dressed up in their starry dresses, colour everywhere, aroma of the flowers, energy of the glittery lights, still ever wondered about something missing in an Indian wedding? Well, if the bride and groom weren’t getting enough attention after it all, what if they were the most famous people in the room!?! Well, let’s take a look at some of the most super loaded weddings in the Indian scene.

When east met west, a lot of glamour exploded!

The most extravagant of the weddings was our Miss World Priyanka Chopra tying knots with her American actor-singer boyfriend Nick Jonas, in the most Indian way imaginable, a Jodhpur celebrity wedding story! They had both a Christian wedding as well as a Hindu wedding, with Mehendi like a multilayered cake and Sangeet as the icing on it. The numerous wedding receptions for friends from near and far have to be cherry on the icing!

Another big fat Indian wedding was, the people’s sweethearts, the Ambani family. Their daughter Isha Ambani got married to business magnet Anand Piramal, and where else to have the celebrity wedding story rather than their cosmic colossal home, Antilia in Mumbai. The function had a presence marked by international personalities from business, sports, and the movies.

Explore More About : Must-Haves For Every Big Fat Indian Wedding In Town!

Comedy and Music are elements to a happy marriage!

From comedy nights to wedding days, Kapil Sharma had a rich and ceremonious Punjabi wedding with Ginni Chatrath in Jalandhar. They had a loud celebrity wedding story bash at Mumbai, in which most of Tinseltown stardom who attended Kapil’s show marked their attendance!

Himesh Reshammiya known for his unique take at music direction and singing, wedded his girlfriend Sonia Kapoor, who indeed has Himesh “Aashiq banaya”. Theirs was a private celebrity wedding story at his residence amidst close ones.

Stars from another field, exchange vows to team up!

International badminton champions, Saina Nehwal and Parupalli Kashyap registered their marriage at her residence. They decided to give the wedding bash in glam! And so did they throw the best celebrity wedding story yet, in Hyderabad.