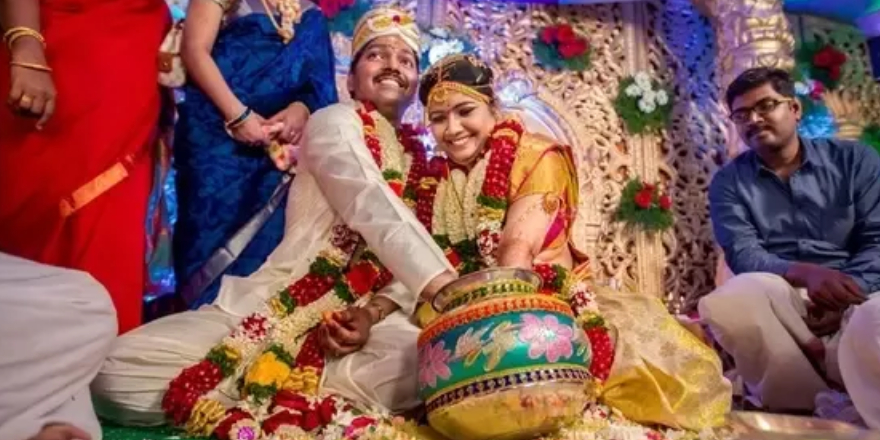 Indeed the addition of so many rituals in the Indian wedding makes them fun and adorable to watch. The application of the cultural elements from the past in the Indian wedding rituals makes them an extraordinary thing to look at. We all know the fact that every country or every religion has its way of celebrating a wedding. Let us highlight some of the top events and ideas of how India being a diverse country possesses similarities in certain traditions and rituals of marriage.

One thing which holds the Indian emotions with the rituals is the recurrent practice of the tradition since the past. The couples of ancestors hold them, and the mighty power provides them with the strength to be carried on and on into the future.

One of the most interesting facts about Indian wedding rituals is clothing for marriage. Every specific Hindu based community in Indian has an unique or authentic wear for the bride and the groom in the union. Without wasting a single minute, let us quickly overview some of the top facts which make the Indian weddings diversified and united.

Explore More About : Top Facts To Know About The Jain Wedding Rituals

The selection of the holy date for the marriage

In western culture, the choice of the time for the alliance is based on fun and fuss like spring wedding or winter wedding. But in the Indian culture, the wedding culture is performed based on the date selected by some of the critical elders and the priest from both sides.

The complete red attire of the bride

One of the most specific facts related to the Indian wedding rituals is they are colourful like butterflies. One common point in all the wedding rituals of the diverse Hindu communities is the bride wears red colour wear called a sari. The bride also wears the KUMKUMA on the head along with gold ornaments which indeed resembles the form of a goddess in the Hindu tradition.