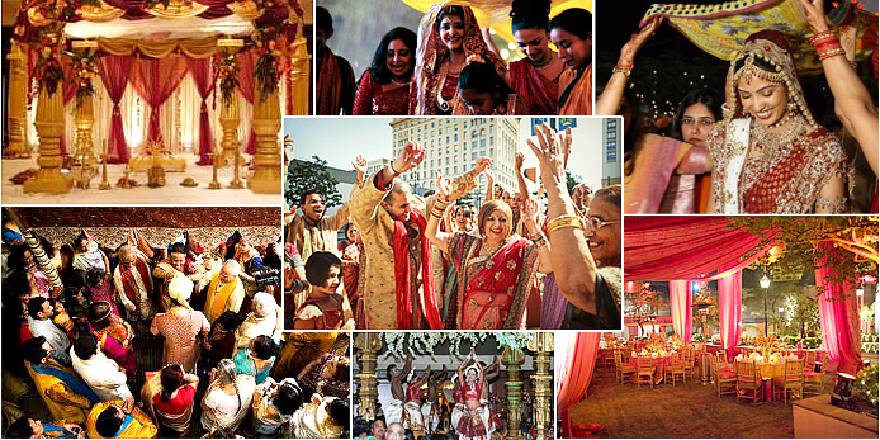 Every Indian wedding is great, big affair. We do not believe in quietly holding a single ceremony and being done with it. For us, a marriage is a mix of rituals that start days before the actual function and continues after it too. Just like we are not ready to shake off the practice of a grand celebration, we are not prepared to let go of our superstitions.

All across the nation, people have ingrained beliefs and misconceptions connected to weddings. They follow them to ensure that no evil eye is cast on the couple. Every possible measure is taken to ensure that the newlyweds start their life at best possible footing. In that light, we explain some of the superstitions that are linked to weddings. 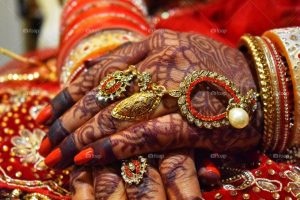 • The colour of the mehendi has to be dark.

Generation after generation, a saying has been passed on that the darker the shade of the mehendi, the happier the marriage will be. Why? Because it is assumed that the husband will love the wife more. Additionally, if the henna lasts longer on the hands of the girl than the boy, then the in-laws will adore their new daughter-in-law.

• Rice just has to be thrown.

Almost in all Indian weddings, rice is sprinkled on the couple at some point. In some cases, it is done right after the pheras and in others when the bride is being sent away. The reason for it is the belief that rice will bring fortune and good luck to the bride and groom. It is seen as a sign of fertility and a method of warding off any evil spirits. Simply said, rice is considered auspicious.

Explore More About : Be In Your Best In These Sangeet Outfits.

• You can’t give away the wedding attire.

The dress a bride wears on the wedding day is one of the most expensive attires she will ever buy. But thinking of renting it out or giving it to someone else is a big no. People believe that lending the outfit will bring bad omen to you but good luck to the borrower!

Brides, grooms and their families all pray that it doesn’t rain during the ceremony, primarily if it is being held 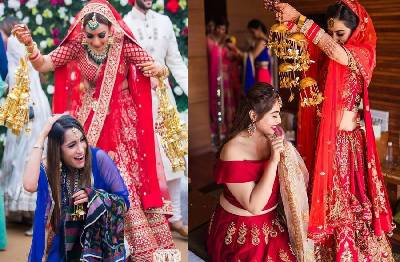 outside. But did you know that it is a sign of good luck? Rain falling on the D-day is considered as a blessing from the Gods and a symbol of fertility for the newlyweds. It may dampen the preparations to the moon and back, but it is still a good omen.

This last superstition is common in North India. The bride wears bangles called chooda on which friends and family tie ornaments known as kaleeras. The bride shakes these kaleeras on the head of unmarried boys and girls. If a kaleera falls, then that person is next in line to be married. Think of it as the Eastern version of throwing the bridal bouquet.